On a brief trip from Albuquerque south to the Mexican border in southern Arizona, in an instance without a trailer in tow, we opted for a mountain shortcut. Eschewing I-25 south to the normal cut-off at Hatch, NM, to Deming, NM, (SR 26), on the spur of the moment opted for a mountain pass from Caballo to Silver City (SR 152).   From the valley floor of the Rio Grande River, the elevation rises 1.5 miles over the Emory Pass in the Mimbres Mountains.

Temperature dropping from 72 F. to 46 F. in the first half hour, we realized that this detour, although equal in distance to our usual path, would add several hours. Isn’t it often true that a trip of a thousand miles on interstate cannot equal a two lane highway into the next zip code ? We were not to be disappointed. Barely thirty miles in, we encountered Kingston, pop.25, home to the Kingston Spit and Whittle Club, a local organization that also serves as the sentry for disposed highway litter. A slave to the unusual sign, dating back to the Burma Shave campaign, how could I resist this photo op ?

Images come to mind of a major league baseball dugout, 25 strong, expectorating in unison, as the players carve trinkets out of broken bats.   Two hours later we reach the eclectic, historic, Silver City, NM, the launch pad for the hot springs of the Gila national forest. The area and the cliff dwellings deserve a separate essay, another day.

We point ourselves southwesterly on SR 90, downhill all the way to Lordsburg, NM, arguably one of the most destitute and depressing towns in the rural west. Bypassed by I-10, the ‘main drag’ is five miles of closed businesses and boarded buildings. A metal cutout of a bellhop welcoming guests to an abandoned motel, faded in the desert sun, flashes a sardonic smile at the antics of our dog, Jack.

Mayor of a ghost town-in-waiting.

New Mexico has a charming and affable governor, Bill Richardson. But if Bill really believes this is the Land of Enchantment, I’ll buy him dinner in Lordsburg. 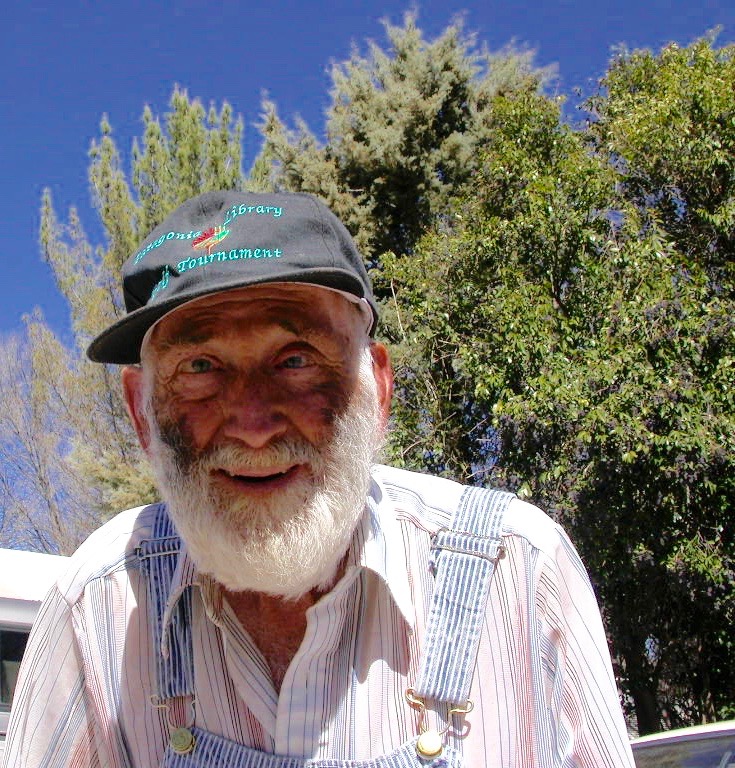 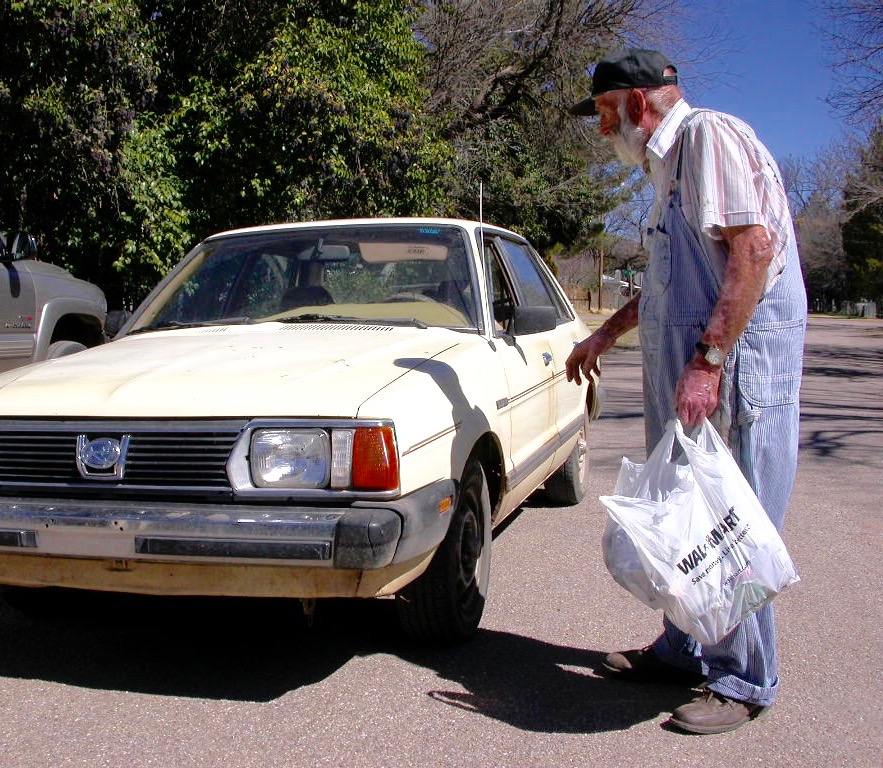 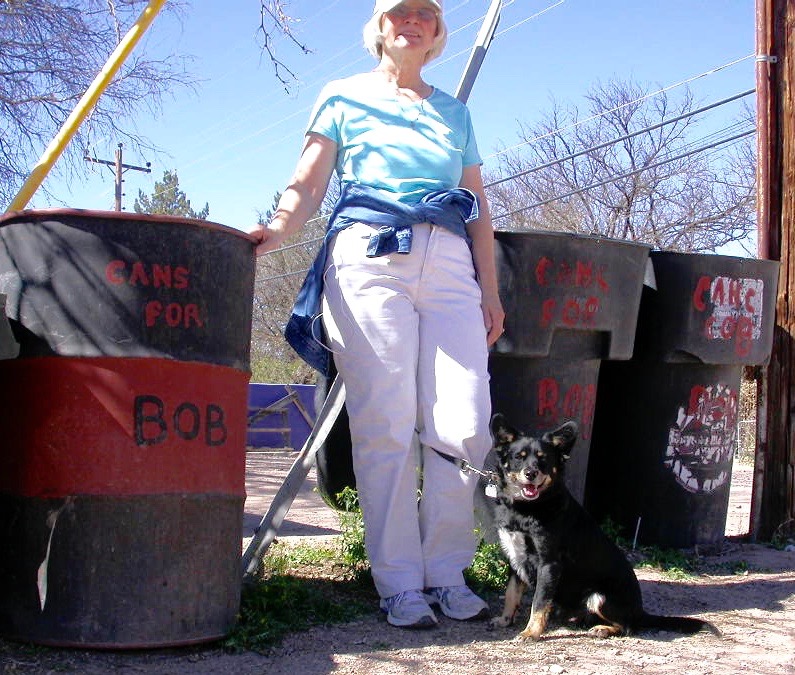