You are here: Home / events / Life as paperboys

Subtitle: “Show and Tell in a Storage Facility” is not a plot for the great American novel, unless your medication profile requires adjustment, but read on.

In the early 60’s, two young midwestern men, unknown to one another, struck out on divergent pathways.  Both in the long shadow of Chicago’s urban torture, one interrupted his college pursuit to work as a brakeman on the Chicago & Northwestern Railroad, then a Loyola education, and later as a Pulitzer Prize winning reporter for the Chicago Tribune. In his wake, service in Viet Nam, a best seller, and an international reputation as the author of a dozen popular novels.

The other man, through seven years of work/study in a parallel universe, became a rivet bucker for Allied Structural Steel, a bridge maker in Hammond, IN.  No longer draft-worthy because of age, he drifted in and out of college, modest success at Butler, to an obscure 30+ year career as a community pharmacist.

Now both ~ 70 y/o geezers, these two were brought together, fatefully, by the ethereal mix of quail hunting, vintage Mercedes-Benz, the world of publishing, and Airstream trailers.  What’s the puerile buzzword, Go Figure,?

Today, from our womb in the bosom of the Patagonia mountains, Phil and I are headed north to Tucson in one of my favorite old cars, a plain vanilla 1965, 220SE four door Finback sedan. Although lacking the panache of a coupe or a roadster, it shares the same drivetrain and runs like a finely tuned Swiss watch.  Until we ran out of gas headed into the south east side.  We weren’t planning on picking up chicks, so twelve gallons of 87 octane quickly resolved our adventure in motoring. 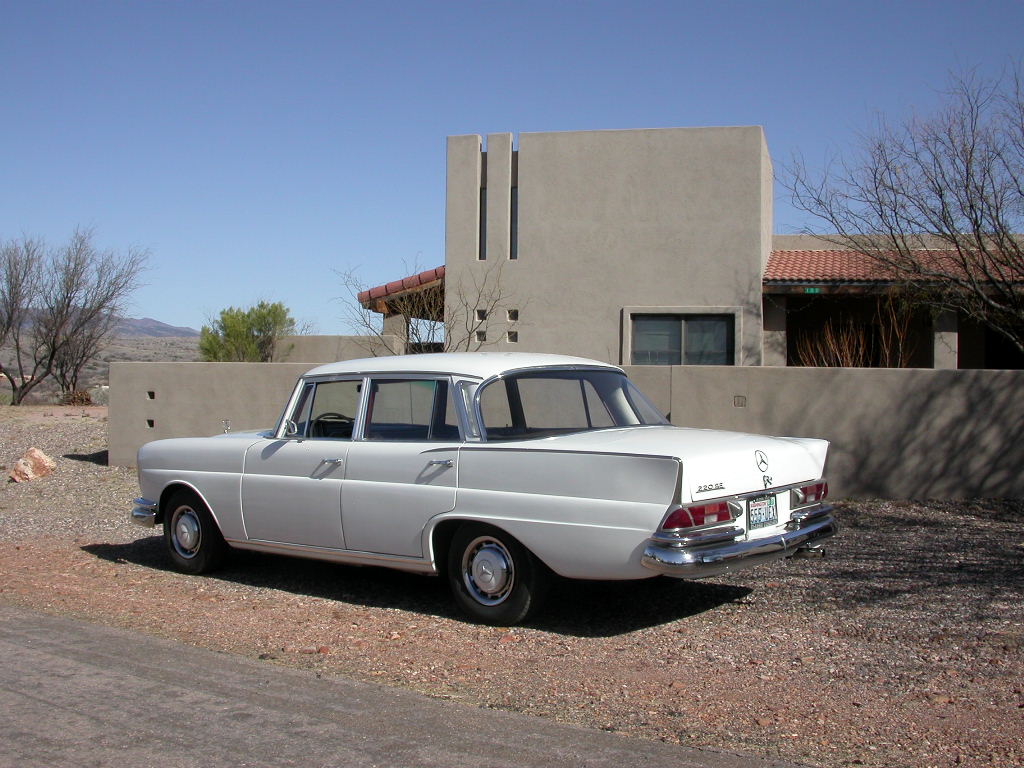 Rakish retro fins, comparable to an eleven y/o in a training bra

The purpose of our trip, to introduce Phil C. and be lectured by prominent editor and publisher, Rich L. The four hours were very productive as Rich led Phil through the nuances of vintage and modern airstreaming, complete with demos of two units.  No one, let me repeat, no one does it better. 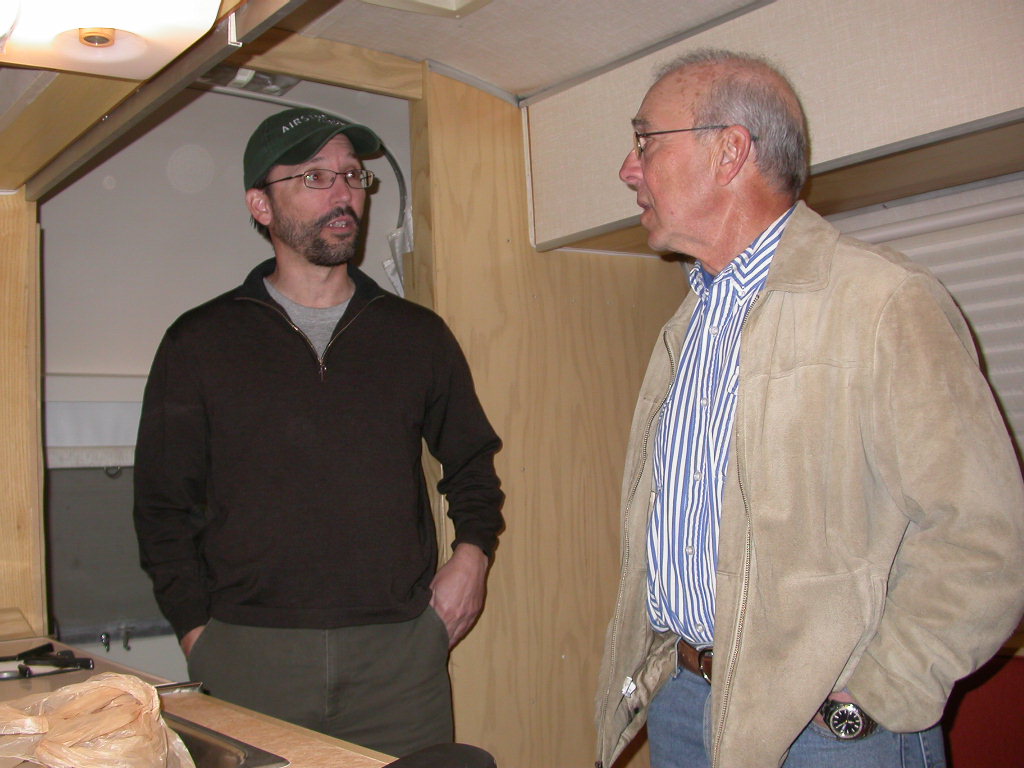 After a leisurely lunch ( the virgin, Phil, had never dined at Chipotle ) we bid our good-byes to Emma and Eleanor.  I was able to scam four (4) of E & E’s rainy day brownies, a genuine coup that made the day a tasty and resounding success. 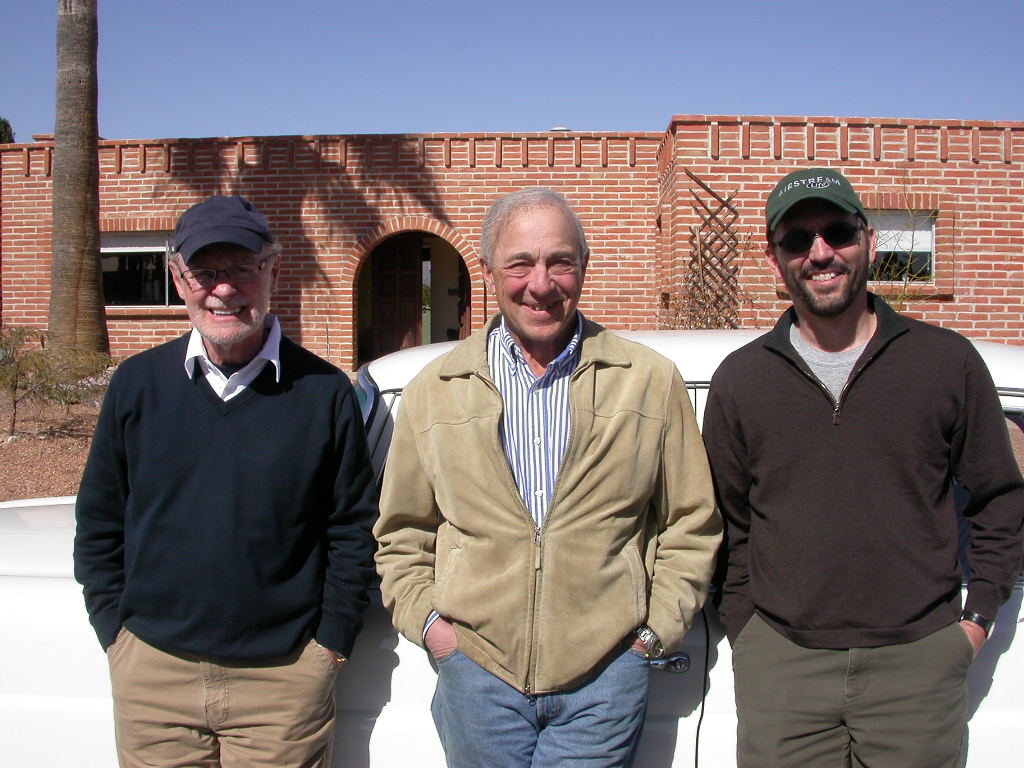 Shared enthusiasm for a joint project brought us together, although Rich is barely the age of the oldest sons of Phil and me. The return trip home to our hideaways near the border was equally delightful, as the two of us unwound our lives, the work, the wives, the families, the era we survived, like intertwined strands of amino acid in a DNA molecule.  But the most fun: reliving those thrilling days of yesteryear when we both got up at 5 AM, freezing our sorry asses off, schlepping the Chicago Tribune as newsboys. Hi-Yo Silver.