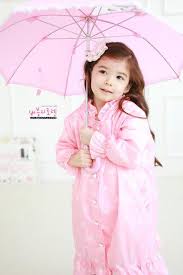 A tattered front page section of the Chicago Tribune, dated Monday, April 10, 2000, has served to collect the clippings from a personal bi-monthly trim for 13 years.  This gesture to preserve marital harmony, a ritual of personal hygiene, is for a wife ambivalent about rings: a ring around the bathroom bowl is not o.k.; a ring of the telephone, a nuisance; a diamond ring, well, you understand,….size and clarity do matter.

Lead stories that day; Vijay Singh in his new green Masters jacket and acting AG, Janet Reno, avows the reuniting of 6 y/o Elian Gonzalez with his father in Cuba.

It also marked the 84th birthday of my mother, Florence, who had sadly passed away three years prior.  She was a dreadful cook, a world class leader applying guilt on her three sons, and an advocate for both responsibility & independence (translation : ‘do it yourself’).  Although many years have passed, we still recall fondly the little things, unanticipated, unheralded, that she did for us when we needed it most.  Define motherhood.

On a recent drive through the tired and dusty town, Florence, AZ , two photos triggered memories.

The ratty double page centerfold in the World’s Greatest Newspaper is a reminder of why I chose to leave industry and embark on a career as a small town pharmacist.

Extolling the virtues of Vioxx in 2000, long before the manufacturer, Merck, withdrew the drug after disclosures that it withheld information about rofecoxib’s risks from doctors and patients for over five years, resulting in between 88,000 and 140,000 cases of serious heart disease.  Worse, by the time it was discontinued in 2004, it had already caused an estimated 60,000 deaths worldwide.

Although no one in the company ever had to face criminal charges or do hard time, the decision by marketing executives and accounting was quite simple; having sold $ 2.7 billion of Vioxx, the math was easy.  The cost of litigation, executed by our superb, in-place, legal department, is far less than the profitability gained if we continue killing patients rather than removing the drug from the market.  Clever bastards. Define greed.

Yes, but what if you’re at room temperature, six feet below the earth’s surface ?

Little has changed in thirteen years, as the aptly named BigPharma continues their cabal, possessing the morality and ethics equal to (actually, worse than) the tobacco industry.  Vijay Singh will tee it up in Augusta tomorrow.  I still harbor shame and embarrassment, 45 years later, that I was ever employed by a major drug company.  The hairy stubble will still need trimming every two weeks.  Florence was right nearly all the time; none of her boys are under indictment, incarcerated, facing felony warrants, or on public assistance.  Yet.  If you ignore Social Security.