You are here: Home / musings / Bridge over Troubled Squatters 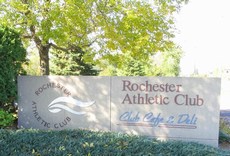