You are here: Home / musings / Chest Nuts roasting by an open fire 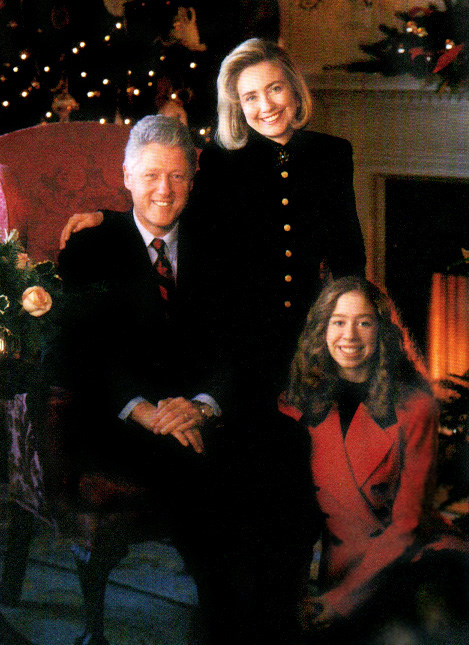 The Clintons’ only daughter came under fire when it was revealed that she earned a whopping $600,000 a year while working on NBC News’ Making A Difference between 2011 and 2014**. The salary was outstanding given that she was a new reporter with no prior experience. She eventually left the role after three years to focus on the Clinton Foundation, although she was on NBC retainer until the time of her mother’s presumptive ascent to the presidency in 2016.  Conflict of interest, you understand.

Chelsea came under fire in September 2016 for using a private jet to travel 330 miles to a clean energy roundtable organized by her mom’s campaign. In fact, the aim of the roundtable was to discuss how to tackle climate change; Chelsea, criticized for using the jet, as her mother had promised a carbon-neutral campaign. 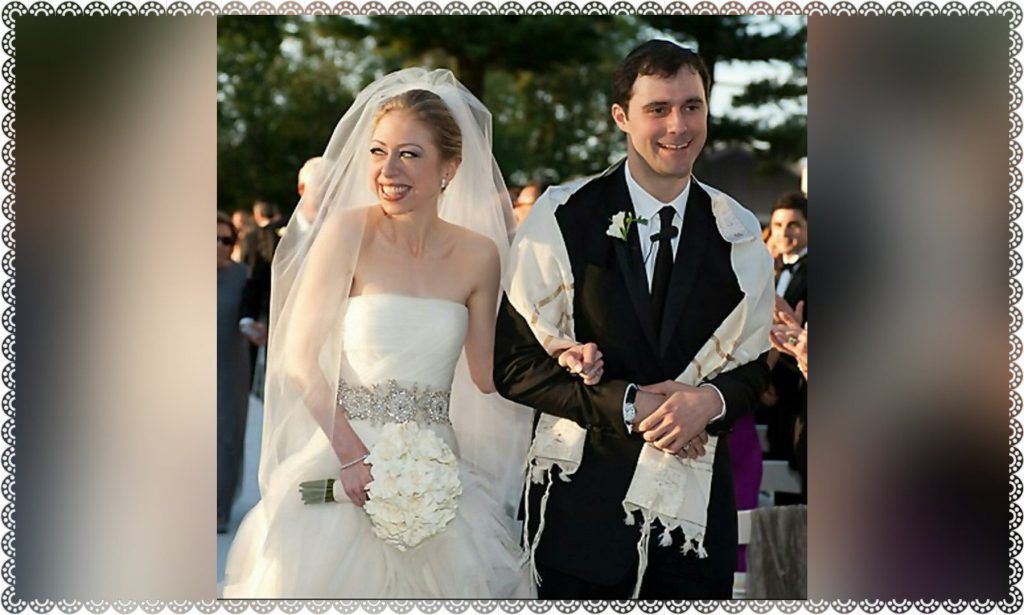 Chelsea’s husband Marc Mezvinsky came under fire in May 2016 for extinguishing $25 million of investors’ money, while he persuaded rich investors to take a risk on the Greek economy. Oops. Matters worse, some of those investors had contributed cash to either Bill or Hillary’s campaigns. Meeting the new in-laws can be awkward, but even more so when your father-in-law is a convicted felon. Indeed, Ed Mezvinsky went to jail for five years after committing fraud; Bill Clinton denied him a presidential pardon for his crimes.   Kudos to Bill, crime fighter. 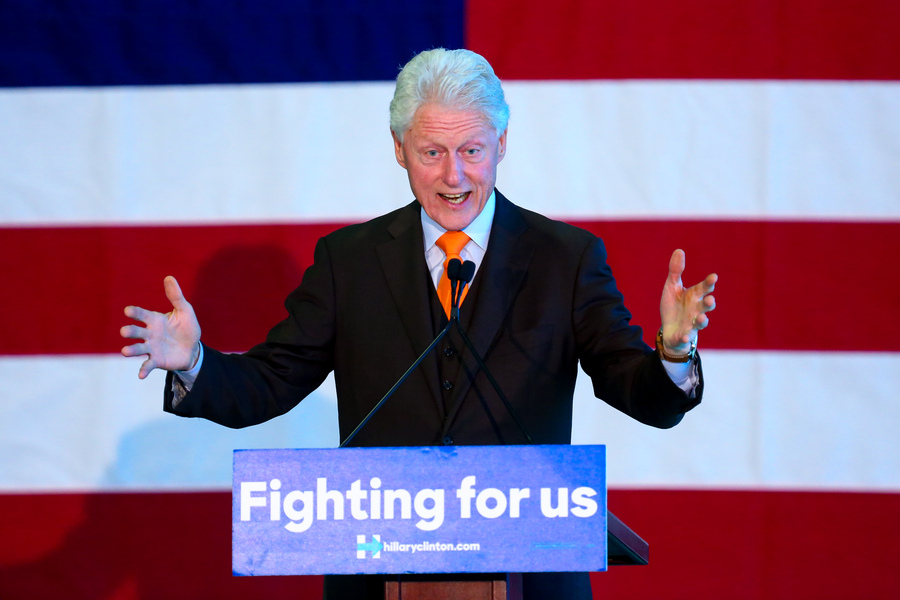 The scandal surrounding leaked emails involved daughter Chelsea. Wikileaks dug up 67 emails between Hillary and daughter, in which Chelsea used the alias of Diane Reynolds (who uses an alias to reach her mother). The missives included classified information on the 2012 Benghazi terror attack. Damn that Wiki.

Chelsea Clinton used the Clinton Global Initiative Foundation’s cash to pay for her wedding ($3mil for 400 guests), living expenses, and taxes on gifts of cash from her parents, according to an email made public Sunday, 30Oct2016. ⬇

Doug Band, formerly a top aide to President Bill Clinton, griped about the former first daughter’s spending in a Jan. 4, 2012, email released by WikiLeaks. “The investigation into her getting paid for campaigning, using foundation resources for her wedding and life for a decade, taxes on money from her parents…,” Band wrote to John Podesta, now Hillary Clinton’s campaign chairman. “I hope that you will speak to her and end this. Once we go down this road…”      Granted, pure speculation on behalf of this writer; however, define hubris.

The tacit implication, Mom could lose the election to the worst challenger in the history of the Republic.  Trump.  The man seems radically incoherent, almost nutty. What now? Sick of corruption, oligarchs, New York, California, candidates who sell state favors surrounded by serial rapists, goofy-looking pedophiles, hell, in Reaganspeak, let’s Win one for the Groper. Narcissism, grandiosity be damned, his existence, unmolested by humility.

Chelsea also benefits as a board director for Barry Diller’s InteractiveCorp (Nasdaq-IAC), web billionaire owner of Expedia.com, Match.com, et.al.  Salary for Chelsea: $300,000. The board position also pays an annual retainer of $50,000 and a $250,000 grant of restricted stock.  A small price to pay for this savvy young woman’s skill.

Though only graduated with a master’s degree in 2010, Chelsea started teaching graduate level classes two years later at Columbia University’s School of Public Health. Her exact salary is unknown. However, the average salary for a Columbia lecturer is $51,671.
She holds another academic post, salary unknown, as assistant vice provost for the Global Network University at New York University.

Chelsea’s personal fortune is estimated at $15 million, most earned as a consultant at McKinsey & Company and working for Avenue Capital Investment Group as a hedge fund manager. Chelsea, husband Marc, daughter Charlotte, and son Aidan, live in a 4957 sqft condo in Manhattan, overlooking Madison Square Park, with a full-time doorman at the ready. My guess, they are not looking to relocate soon. As their Nicaraguan nanny cursed, “no estoy moviendo a ningún jive Harlem, ni siquiera lo pienso muchacho blanco”

Bari Lurie, formerly chief of staff at Tribeca Enterprises 2008-2011, working on growth strategies and managing the company’s signature partnership with Qatar, is now personal chief of staff for Chelsea since Aug. 2011. Even though the BHCCF is a ‘non-for-profit’, now renamed, The Bill, Hillary, & Chelsea Clinton Foundation, an NGO, ( highly professionalized and relying on paid staff), Ms. Lurie’s salary is not publicly available. Can’t we all assume that the foundation has, deep within the ventricles, a mission statement to do good throughout the world…that it couldn’t possibly be a masquerade ?

Having reached the minimum age requirement (35 y/o) on 27Feb2015 to become president, the former ‘first child’ is poised to enter the 2020 campaign, along side running mate, Michelle Robinson Obama, to return the White House to the oligarchy where it rightfully belongs. The 1st ♀♀ ticket, an historic breakthrough.

Chelsea is only 36 years old and has already accomplished so much. What a bright future lies ahead. She would have been this successful, probably more so, had she not been a Clinton.  Imagine, like her mother, she’ll be working for US.

America, where any child can grow up to someday become president. If it were not for his death on 25Jun1999, you could confirm with Fred Trump.

Is this a fun country or what ?  The Cubs are World Series Champions, at last, Holy Cow. And like the irritating, curly, redhead refrain reminds us, the sun will come up tomorrow.

Full disclosure: the author maintains a stock position in IAC

All the above have been fact ✓’d by snopes, urban legends, truth&friction, and my dog, Mrs. Wilson. Pleased to answer any inquiry, I work cheap, at ½ the hourly rate of Ms. Clinton for NBC.